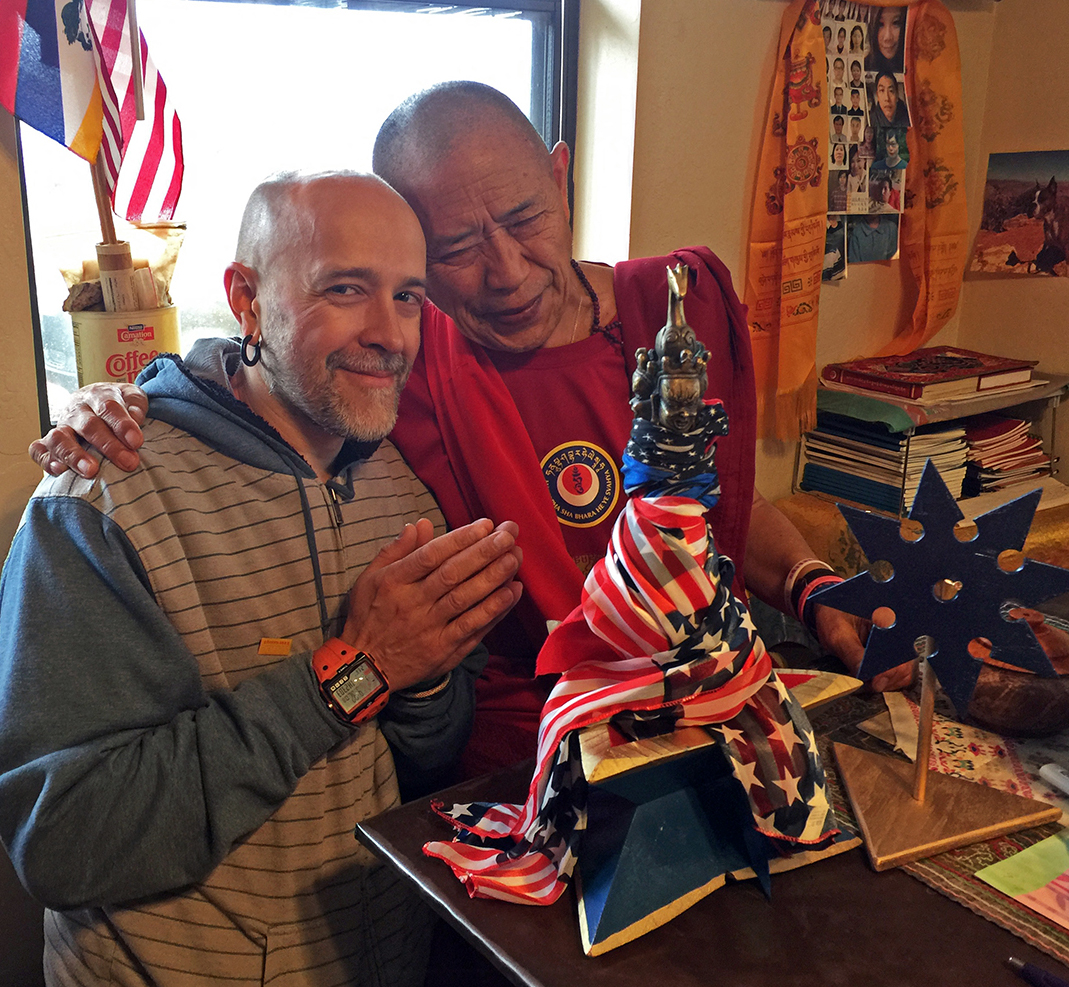 My name is Daria Trudler, I’m here on behalf of my friend and Sangha member Aleksandr Dogaev who is in classical three-year retreat now. Two years are passed, and the funds he managed to raise are finishing. About Aleksandr:
He started studying Tibetan Buddhism after my first meeting with HE Kyabje Garchen Rinpoche in 2003 and took refuge from Him in 2006. Since then, he has done many short retreats. Also, alongside short retreats, he had the opportunity to receive teachings from HH Dalai Lama, HH Drikung Kyabgon Chetsang Rinpoche, HH Drikung Kyabgon Chungsang Rinpoche, HE Nubpa Tenzin Rinpoche, HE Lamchen Gyalpo Rinpoche, Venerable Khenchen Konchog Gyaltsen Rinpoche, HE Chokyi Nima Rinpoche, Drupon Rinchen Dorje Rinpoche, Drupon Tsering Rinpoche, and the Venerable Lama Thubten Nima.

I know Aleksandr as a serious and devoted practitioner. He’s one of the founders and board members of the Drikung Kagyu Center in Moscow which was established in 2009. He with his friends had been organizing HE Kyabje Garchen Rinpoche’s visits to Russia as well as retreats in Moscow for many years.

Aleksandr is in three year retreat in Garchen Rinpoche’s Center in Germany which started in August 2018. The Center pays for the food of the retreatants, and funds are needed for all other things like toothpaste, medicine, substances for practice, pujas during the retreat etc. For the remain year he needs 3500 euros.

Aleksandr prays for all the donators diligently.