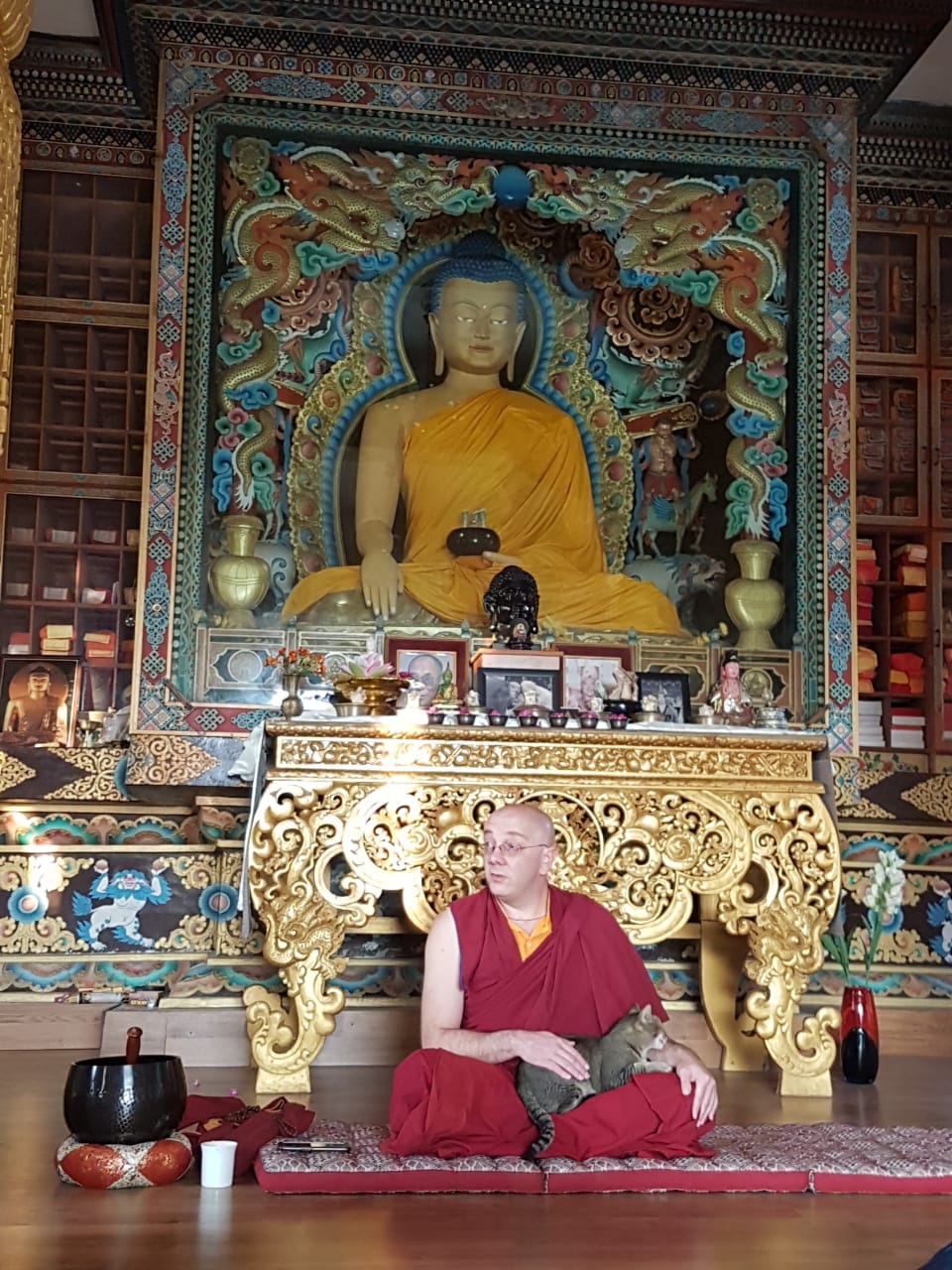 I met with the Dharma at an early age and have been involved in the Dharma for over 35 years. I have had the privilege to meet and study under a number of great Khenpos at Dzongsar Shedra during my time here and look forward to coming into contact with others in the future. I am a fully ordained monk, having received both my novice and full vows from Tai Situ Rinpoche. I have been at Dzongsar since 2010 (11 years). Studying at Dzongsar, I have followed the Sakya tradition"s curriculum while also studying commentaries from other traditions along side so as to have a deeper and more well rounded education to allow me to differentiate how the other schools of Tibetan Buddhism interpret the Dharma according to their own flavor. The texts are all in Tibetan as are the classes and other activities.

In my youth I encountered the Buddhist tradition through my mother and in my coming into contact with Buddhist masters in Tibetan and other traditions. I have found a great deal of confidence in the teachers that I have taken teachings from and as a result became ordained in 2010 and since that time have studied at Dzongsar Shedra which has been instrumental in cultivating my understanding of Buddhadharma for the different yanas and furthermore into other regions of the five Buddhist sciences. As I aspire to teach in the future it is imperative for me to finish my studies here so that I may go forth and be of benefit to beings.

I am requesting alms to continue my studies at Dzongsar Shedra, this year studying (sdom gsum) The Clarification of the Three Vows and after this I will have two more years to go to complete my studies. I have done two years of self-study in this way and found it to be of great benefit.

As an offering I will continue to help beings to understand the Dharma and hopefully themselves as well.