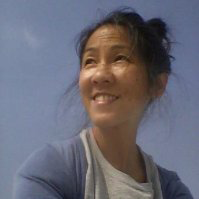 During these years I also did retreats at various places, including Nagi Gompa, Thosamling monastery, Tso Pema, Kalimpong, Bir, and Tashi Jong.

I returned back to the US after the 2015 Nepali earthquake because my parents literally got worried sick.Physically and mentally. I lived with them in Queens for about a year, working at a 12-step recovery-based bookstore, being an extra in TV/films, giving tarot/astrology readings, and writing film reviews in my spare time. I returned to Nepal/India in winter 2016 to receive the 1st cycle of Chokgur Lingpa empowerments from Kyabje Chokling Rinpoche and attended the 34th Kagyu monlam in Bodhgaya.

I am now living back in Baltimore where I first encountered this path through the kind support of the Baltimore Shambhala Center. It's the first time I've been back since 2012, and am currently looking for work while couchsurfing at my generous friend's home.

Jetsün Khandro Rinpoche will begin a multiple-year cycle of teachings at Lotus Garden, based on the the great Dzogchen master Longchen Rabjam’s classical and profound text on how to rest the mind in natural ease. These teachings will be given during Chökhor Düchen, the day when the Buddha first taught and turned the wheel of Dharma after his enlightenment. At this time, all actions are multiplied 10 million times, a particularly auspicious time to receive such precious teachings.

I will be paying for this course from a savings coffer that will also be covering the cost of other dharma activities, including attending Chokyi Nyima Rinpoche's teachings at Garrison Institute at the end of August, and the 35th Kagyu monlam in November, in Bodhgaya. This coffer is unfortunately diminishing due to my current financial situation.

I'm aspiring to return to Bodhgaya for the 35th Kagyu monlam this November and will make butterlamp offerings there for all my supporters and continue to dedicate the merit of my practice for all of you.