The Warriors Who Are Wise at Gampo Abbey 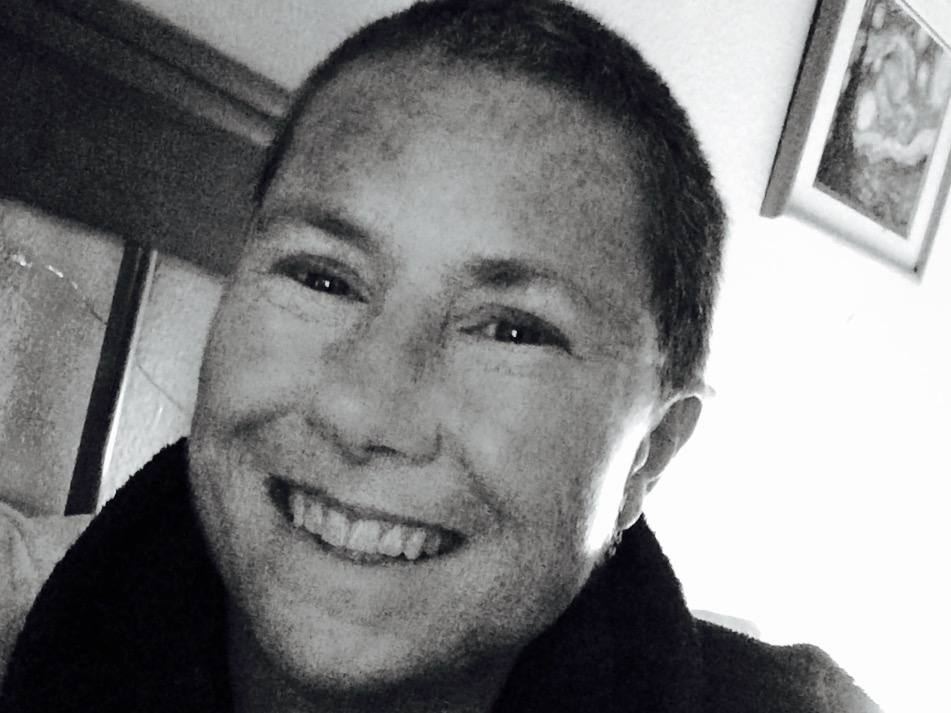 My spiritual practice began as an adopted child into a devout Irish Catholic family. We celebrated the mass every Sunday and all holidays and holy days of obligation. I received the sacraments of First Holy Communion, Reconciliation and Confirmation. We prayed the Catholic meal prayer when we ate.

My Buddhist practices began at age 27 when I came across Ani Pema’s book “Wisdom of No Escape” while wandering bookstores in NYC between degrees. I read the book all day and my practice was born that night with Shamatha and later on down the road, Tonglen (July 1997). In 1998 as a graduation present I went to my first retreat with Ani Pema at Omega in NY. It was an honor and a privilege.

I have listened to tapes of Pema Chodron, Ram Das and Thich Nhat Hanh this past 21 years and have done Kirtan with Baghavan Dass a devotee of a hindu guru Neeem Karoli Baba. I enjoyed the chanting so I did this in groups and alone. For 5 years 1999-2004 I became certified in yoga, became vegan and abstained from alcohol and had a daily meditation practice every morning before sunrise. Recently I have been doing Shambhala Meditation using the teachings of the Sakyong and reading his very helpful booklet. I mix it up according to what I need. I try to do calm abiding when I am feeling anxious or uncertain.

Throughout the years I have taken classes and meditated at the Shambhala Centers in Philadelphia and Austin Texas. I go to hear special guest speakers talk including many Shastri’s and Acharya’s . I took Level I several times and have slowly move through the levels to III. I plan to take Level IV in October, Level V in November and Rigden Weekend in December and the rest of the required courses in the next 6 months.
I requested a meditation instructor at Austin Shambhala Center 5 years ago. Her name is Louise Hasty. We met every 2 weeks for the first 4 and half years and now meet about every month or so. When I first met Louise I told her that one day I will need a letter from her to go to Gampo Abbey. She was not surprised when I told her that I was ready to go to the Abbey and needed her to write that letter. This has been my dream for 21 years. My life has finally calmed down and I am able to practice without using the wordly distractions of alcohol, TV, sex etc. However, there are so many distractions even though I live a simple life. I’m finding I need more support in my meditation practice and studying of the dharma. I want to focus and go deeper without so many worldly distractions. I want to be in a community of like minded men and women who have taken Refuge.

My current consistent daily spiritual practice includes walking meditation in the woods and sitting meditation on my lanai. My sessions last from 20 minutes to 3 hours in the morning upon awakening. Length of session depends on my schedule. I include contemplation of nature and the impermanence of it. I have been doing Shambhala Meditation which has change my way of relating to myself in relationship to others including my ancestors. I utilize the teachings of Thich Nhat Hanh as well.

On an aside, I work a 12 Step spiritual program with a sponsor. Sometimes when asked I sponsor women new to the program. I do a 4th and 5th step as needed and a 10th step on going as maintenance which is similar to Buddhist full/new moon confession practice. I also attend 12 step meetings frequently. This has been a great benefit for my sobriety. I also attend an 11th step meditation meeting every week.

I am 49 years old and have spent the last 21 years studying Buddhism and Catholocism. During that time I came across many difficulties and experienced severe trauma. This has deepened my practice. I suffer from mental illness and have been sober from alcohol for 5 years. I have always planned to go to Gampo Abbey since 1998 when I came across Ani Pema Chodron's "Wisdom of No Escape" but had too many uncertainties in my life. I am now ready to experience the monastic life. It is a dream come true. I spoke with my mother about being a nun since I was 7 years old. She would tell me "dear, it's a calling. You'll know when the time is right". My mother died December 2016. Recently my father died in a tragic car accident at 89 years old. I walk with them beside me now. My mother told me hundred's of times when I would say "What will I do when you die?". She would reply "Where would I go, I'll always be with you. So behave yourself".

My purpose for taking Shambhala Level V and RIgden Weekend is to take them as prerequisites required by Shambhala to attend The Warriors Who Are Wise 6 month retreat at Gampo Abbey in Nova Scotia Canada. The retreat includes taking temporary monastic vows of being a monk or a nun.
My purpose for taking temporary monastic vows is to experience renunciation and exercising extreme discipline. I don't know what the result of being so close to myself and other's in so many ways will manifest but am open to any transformation that I may experience. I want to take what I have been given and share it with others to promote a happier, healthier and more peaceful world. My father was the passenger of a severe car accident July 29, 2017. He died 3 weeks later. My family is going through a lot and I hope to gather a more forgiving and accepting view toward the man who caused this death. My hope is that my family may benefit from my practice and we may all find peace.

My offering is a Dedication of Merit for all who contribute to this long desired adventure of mine and also for those who want to contribute but are unable to at this time. I offer Dedication of Merit during my 5 hours a day of meditation at Gampo Abbey and include that other's like myself may be gifted this opportunity that I am so fortunate to experience. My father was my beneficiary for my Buddhist studies. That is why i am asking other to help.