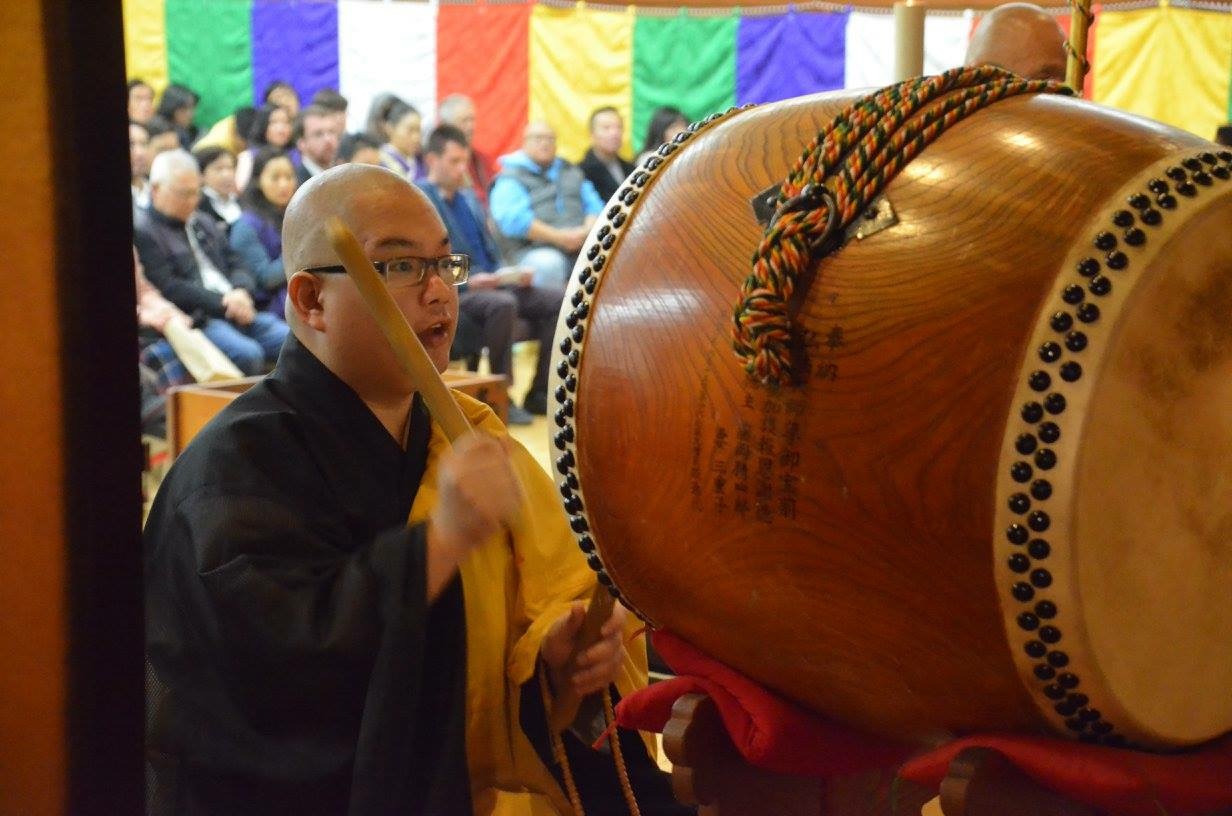 I have been working toward becoming a Buddhist priest in the ancient tradition of Shingon, or Japanese Esoteric Buddhism, which has continually thrived in Japan for over 1,200 years, and has been in existence on the US mainland and Hawaii for little over a century. Distantly related to Tibetan Vajrayana practice, Shingon Buddhism teaches the path of realizing Buddhahood in this lifetime through the means of realization of the inner wisdom of all beings. This is achieved through the actions of body, speech, and mind, and expressed through the visual depiction of mandalas that represent our universe, and spiritual exercise of Esoteric Buddhist ritual to pacify and to bless all sentient beings. Unlike our brothers and sisters within the Zen, Pureland, and Lotus Sutra based schools, Shingon remains a relatively unknown tradition in the west.

In 2010, I took the first step and resolved to manifest the Bodhicitta vow by ordaining as a priest in the Shingon tradition. Over the years I have studied Shingon doctrine through my superiors at the Los Angeles Koyasan Buddhist Temple and have since gone on to helping during major and minor rites performed there. In 2017, I took the next step by receiving precepts at Mount Koya in Japan. That year, although plenty of training priests were coming from overseas regions, I was the only American in attendance.

My name is Tony and I have been a practicing Buddhist for most of my childhood and adult life. Growing up as a first generation Chinese American, I have always had a fascination with East Asian culture, all the while living a rather average life story that might be all too common for persons within my demographic.

When my father died suddenly, the sudden loss left a gaping hole within my family and I had been left at a loss for meaning in my all-too young life. Right around that time was when I encountered the Buddhist teaching. In a sense, having encountered the teachings of the Buddha at that age helped me cultivate a peaceful relationship to the present moment, in others as well as oneself, even in the most difficult of situations.

Through my informal Buddhist education, I was lucky to have also had gained experience working with the local diaspora of Chinese migrants and Chinese emigrés to Vietnam, as well as the Taiwanese Buddhist community, in terms of assisting with Dharma services, both minor and major, as well as assisting families with funeral rites and traditional customs. These naturally all revolve around instrumentals and chanting, and occasional special rites and classes such as precept transmission and lectures in temples. Over the years, these requests for services have gradually expanded outside my native California, and at one point I had the honor of working abroad in South America in Guayaquil, Ecuador to assist in a major service that saved a large temple from potential closure.

I have been given a precious opportunity this year to complete a three-month solitary retreat abroad at Risoin Temple, located in the countryside of Japan at Akitakata City in Hiroshima Prefecture. This retreat will involve a non-ceasing, intensive training period to prepare to become an Ajari (Acharya, a Sanskrit word for “teacher”) and an overseas missionary minister in the Koyasan Shingon Mission, specifically for North America.

Although this formal training has been achieved by a handful of Westerners, very few have gone on to become missionary ministers for other temples.

My aspiration for taking this route is primarily engendered by the wish and dream of my teacher to proactively bring Shingon Buddhist teaching to the West, something he was not able to do during his time in America.

In the future, I would like provide the same type of programs and training for future postulants in the Shingon tradition, whether in meditation, doctrine, ritual, and other essentials.

I also aspire to work in chaplaincy, ensuring that the Buddha’s teaching is not encapsulated within temple halls.

My offering will be to give back what I have learned to future postulants in the Shingon tradition, as it was my teacher’s expressed wish. In the capacity of an overseas missionary teacher, it will be my duty to assist any and all those who express interest in learning more about Buddhism and to serve as a beacon, a raft, a bridge, across the tossing sea of samsara.

The majority funds for my retreat are mainly to cover boarding and food costs, as there are fewer than two people that stay at the temple (including the head priest) who are officially employed.

A portion of the funds (and extra if any) will also serve as Dana for the upkeep of Risoin Temple, as well as for the petitioner’s sponsor temple in Los Angeles, the Koyasan Beikoku Betsuin.

I will be paying for my own airfare out of pocket, as expenses for living in Japan for three months significantly outweigh the price to fly overseas.