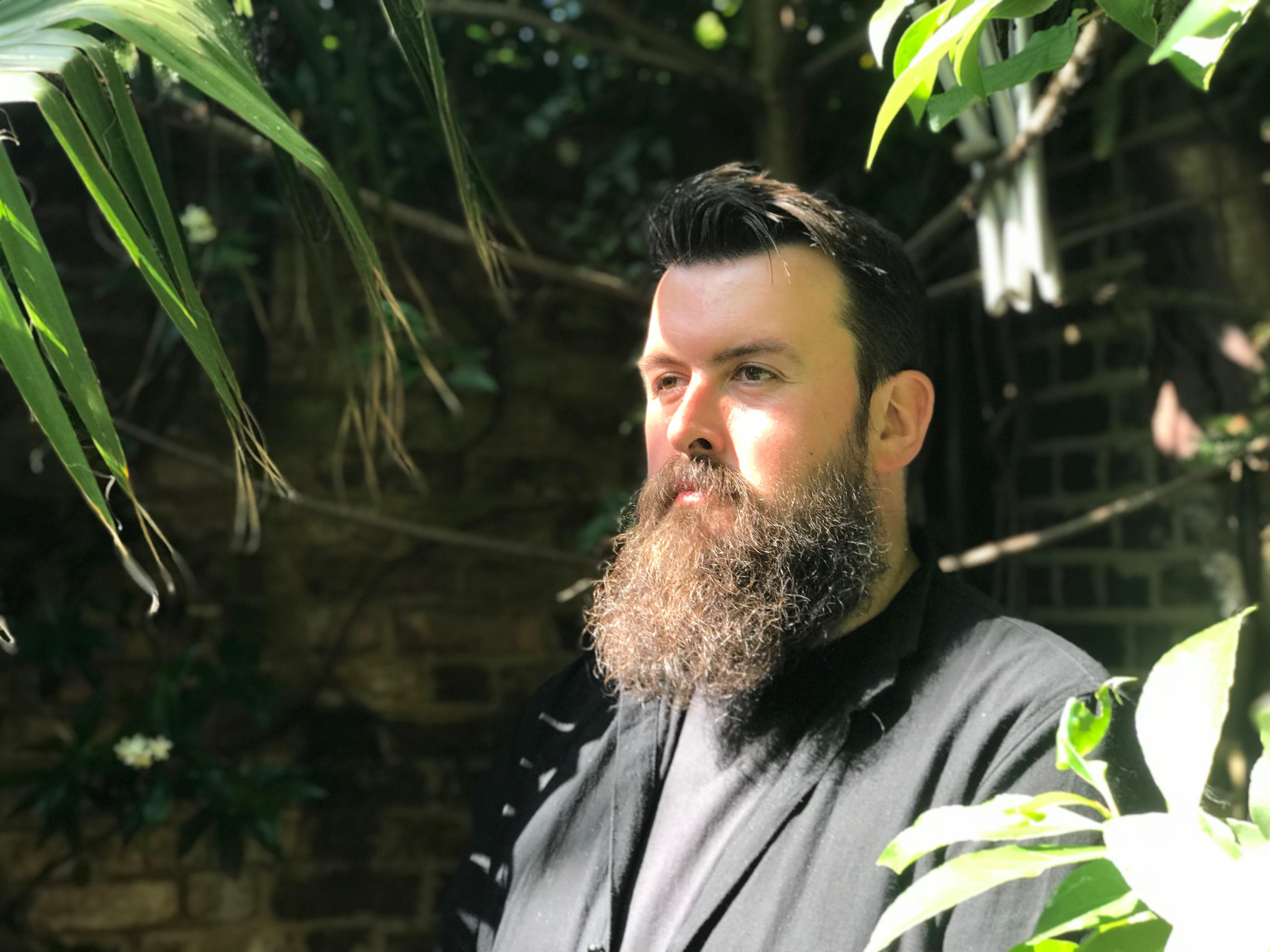 I became interested in Buddhism in my teens, largely through the writings of the beat poets and finding out that Leonard Cohen was into Zen. In my early twenties I read Chögyam Trungpa Rinpoche's 'Cutting Through Spiritual Materialism', a book which magnetised me completely, leading me to read deeply into the Shambhala Buddhist teachings and Tibetan Buddhism in general. Seven years later I discovered that there was a thriving global community of people practicing these teachings, so I immediately went to their European land centre, Dechen Chöling in France, to learn meditation, volunteer and join a retreat. In the 5 years since then, I have experienced the deepening of gentleness and relaxation that comes with practice, and the taste of wakefulness, awareness and space too. I have followed this taste through the Shambhala training path, and brought my spiritual and study path together in my work as an Interfaith Adviser at a University in London, informed by my training as a Buddhist Chaplain. It took a while for the simplicity of meditation to dawn on me, and now that it has I feel it is the right time to take temporary monastic orders and devote myself to practice, study, and the precepts. During the nine month residency, I will be following a schedule of:

I am 34 years old and currently live in London, where for the last two years I have been working at a University as an Interfaith Adviser, using my training as a Buddhist Chaplain to support students and staff. I moved to London six years ago to study, gaining a Bachelor's degree in the Study of Religions and a Master's in Religion in Global Politics, both from the School of Oriental and African Studies in London. I am a musician and songwriter, and have a strong connection to the region where I was born and lived for 27 years: Cornwall, in the south west of England.

With great joy, I have been accepted to the Basic Goodness Residency, a nine month Residency with the Shambhala Monastic Order at Gampo Abbey in Nova Scotia, beginning October 15, 2018 – July 12, 2019. I am looking to raise the money to cover the cost of participation, and not for the flights or other associated costs.

If I reach the total I will shave my head and my beard, revealing my top lip for the first time in 13 years.