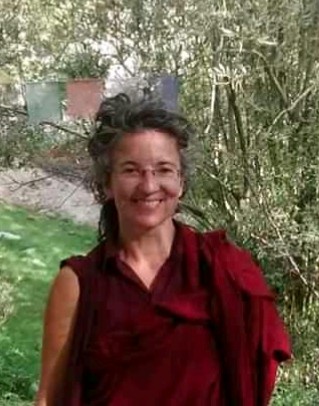 Dear Dharma friends, I have been a practicing Buddhist since 1991, did Drikung style solitary retreat practice from 2004-2010 under the close guidance of my root lama Sonam Jorphel Rinpoche, and for lack of other translators in his sangha at that time, I ended up working as a (rather haphazard) Tibetan translator for him ever since his teaching activities had exponentially increased around 2010. Now I finally want to take the opportunity to improve my skills as a Tibetan interpreter/translator by joining Translator Training Program (TTP) at Rangjung Yeshe Institute (RYI) in Kathmandu, which is the best, most thorough and intensive Tibetan translator training available these days. It is my sincere deep wish to thereby become of better service to my lama, his audience/the sangha, and the Buddhadharma at large!

I need to fund my tuition for Translator Training Program (TTP) at Rangjung Yeshe Institute:
https://www.ryi.org/programs/translator-training

In the context of this petition, I am offering to do whatever I can in order to become a good translator/interpreter of the precious Buddhadharma that saved my life; and to become as useful a channel as possible for the happiness and awakening of all beings!
Whoever would be so kind as to support me here, will always be gratefully included in my daily dedication prayers, or any other specific prayer they wish for.