Getsulma and bhikshu ordinations with Thrangu Rinpoche in Nepal 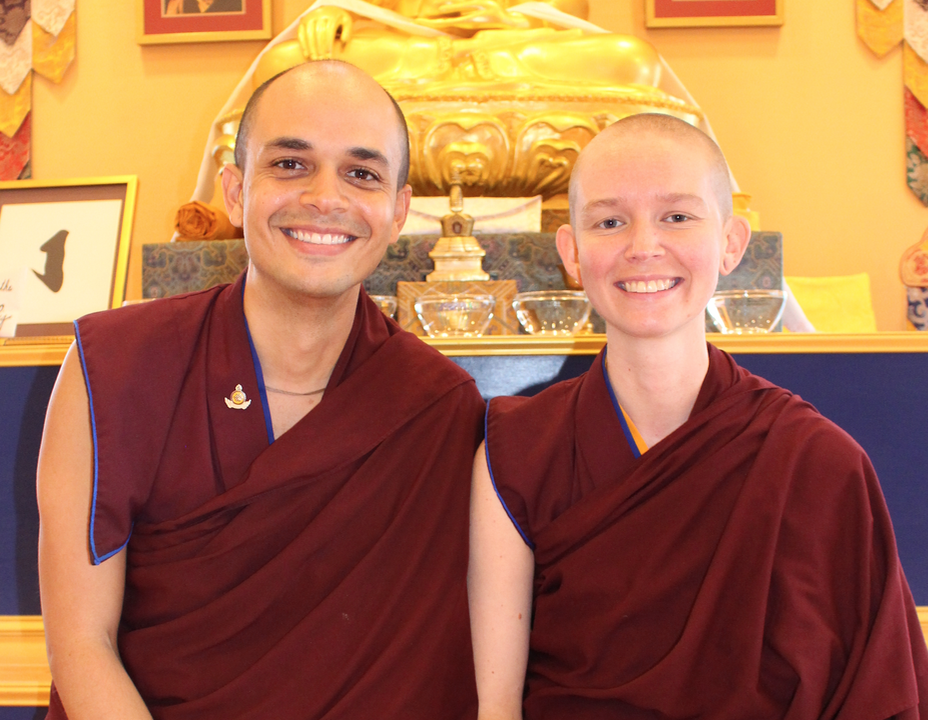 Samten Trinkar has been practicing in the Shambhala community since 2010, and has lived at Gampo Abbey for four years. She received parma rabjung ordination, the first lifetime commitment, from Karma Lodro Kalsang in 2018.

Karma Lodro Gyendon has lived at Gampo Abbey since 2014. He received parma rabjung ordination from Pema Chodron in 2015, and getsul ordination from Thrangu Rinpoche in 2016.

We both aspire to continue deepening ourselves using the monastic form, a reference point that continually polishes our unique qualities down to their most genuine. We're inspired by what monasticism holds in the modern world, which has been informed by how it has benefited us personally. We aspire that many more will benefit.